What Is Cupping Therapy?

Cupping therapy is considered a special healing skill, and it’s often passed down from one generation to the next. Ancient texts state that cupping was originally used by Taoist medical herbalists and was a popular way to treat ill royals and elitists.

Cupping healers throughout the years have successfully treated a variety of symptoms and diseases that couldn’t be cured by conventional methods, including pulmonary tuberculosis, colds, back pains, muscle spasms and pinched nerves. Traditionally cupping has also been used in patients with blood disorders (like anemia), rheumatic diseases like arthritis, fertility problems and mental illnesses.

While cupping therapies using heat have the longest history in Asian countries like China, Japan and Korea, a similar practice called “wet cupping” has also been used in the Middle East for centuries. Recently, cupping has become more popular in the U.S. and other Western nations too, as some doctors have started implementing cupping and acupuncture into their patients’ treatment plans for naturally alleviating symptoms of pain, congestion and chronic infections without the need for drugs. Today, you can find cupping therapy offered in many Traditional Chinese Medicine centers, some massage therapy locations, as well as certain holistic health centers.

Cupping therapy supporters believe that the practice helps remove harmful substances and toxins from the body, which in turn improves immunity.

Wondering if cupping really works? A 2012 report published in the Journal PLoS ONE reviewed 135 studies on cupping therapies published between 1992 and 2010. Researchers concluded that cupping is more than just a placebo effect — it has benefits similar to acupuncture or herbal treatments for treating various digestive, skin, hormonal and inflammatory diseases.

The British Cupping Society, which promotes cupping and helps patients find qualified cupping practitioners, states that cupping therapy can treat a variety of conditions safely, including: 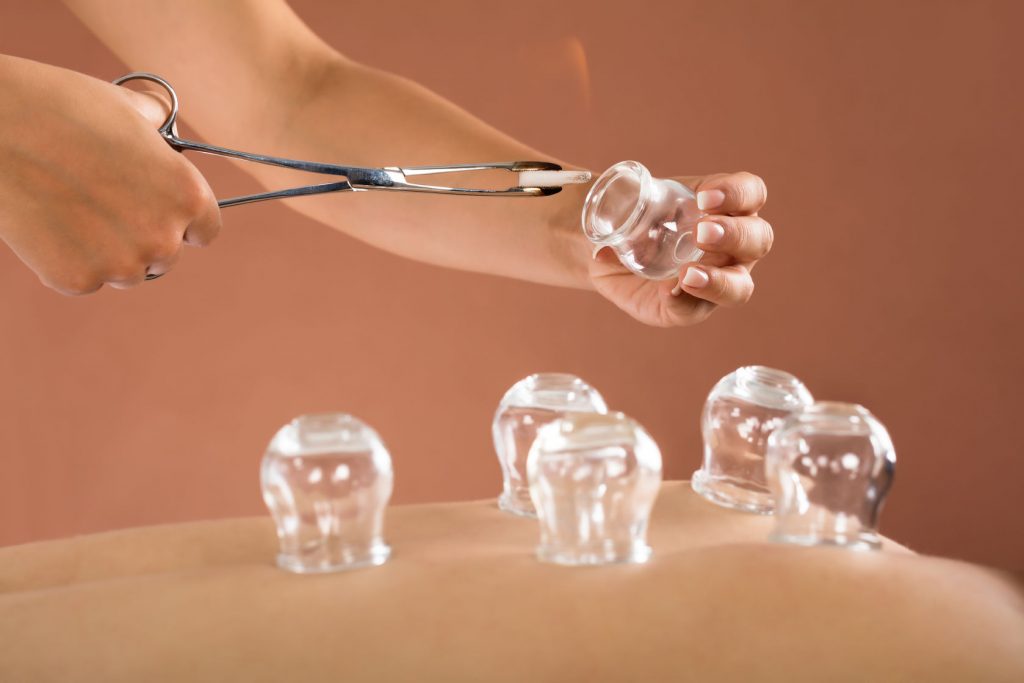 Call for an Appointment
Book an appointment
Skip to content